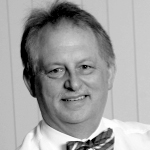 At this time of year ‘halls’ are being ‘decked with holly’, the lights of Singapore’s Orchard Road have been lit and crowds are scurrying back and forth trying to find those last minute Xmas gifts.

One thing remains a constant through the years; the symphony of piped music that pervades the Malls.  Have you noticed that the song choice remains unchanged whatever the year happens to be?  While you would expect Christmas carols to remain the same, the remarkable thing is that popular Xmas music rarely changes either.

Edison Research conducted a 2007 national survey in the USA of holiday music. What they discovered was that nearly half of the best songs came from 1967 or before. i.e. those making up the top sixth of the songs tested.

If you did the same type of survey with any other popular radio genre, you would expect the songs to change as new listeners come along and older song become less popular than they once were. The same cannot be said for holiday music.

Edison have just completed a further survey of 200 women aged between 30 and 49, who like or in the majority of cases ‘love’, hearing Christmas music on the radio.  Their finding was that the balance of the various eras was still fairly much the same.  53% of the best-testing songs came from 1968 or before. As they so eloquently put it “the top tier of songs has proved to be indestructible by time”.

Perhaps this is a testament to the song writing skill of past times by comparison to the tune-smiths of 2012, but I rather doubt it.

It would also be wrong to construe that all people actually ‘enjoy’ hearing Christmas music in the Malls.  In Canada a large supermarket chain had to cease playing it following a barrage of complaints from customers.  Their grumble,  the chain had begun playing the tunes far too soon; November 1st to be exact.

And what was the favourite song that emerged from the Edison Research?

It was the late Andy Williams version of “It’s The Most Wonderful Time Of The Year,” first released in 1963. Air Supply’s  “Sleigh Ride,” from 1987 was the newest recording in the top 10.  And for those of you who have forgotten top song’s lyrics here they are.

The Christmas celebration these days is, rightly or wrongly,  inextricably linked with commerce.  Here are some predictions being made around the world about what Christmas 2012 hold for retailers:

Laurie Sullivan of  Online Media Daily released results of their (and third party) research that examines the link between online and offline content and its influence on shopping habits.

And of course many are looking for an ‘incentive’. 37% of consumers will be looking for free shipping.  Also rating highly was a percentage off the retail price, and buy one, get one free.

But before we all haul our our wallets once again let’s remember the true spirit of the season; Happy Christmas everyone.

Roger Smith is a Digital Consultant to Web Synergies.

We Wish You All A Blessed Christmas