When your company is founded on a good ethical base it makes it easier to exercise restraint when considering the wide range of online, promotional opportunities available. 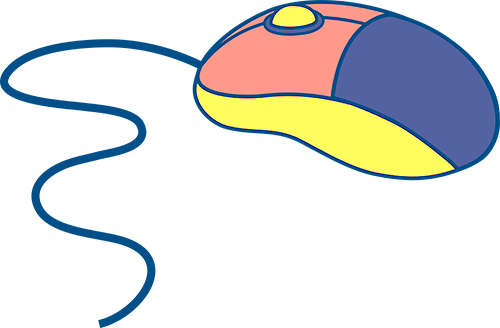 The unseemly scramble for SEO rankings, Likes, and Followers has left many businesses ruing their marketing decisions.

Making use of what is termed ‘click farms’ is another example of ‘shonky’ practices that can be added to its black hat SEO predecessors.

You may have wondered how a number of singing stars rack up such a huge number of Likes and Followers?  Some have made use of the services of click farms, based in places such as Cairo, Dhaka, and Indonesia, to achieve their rankings.

‘Click farms’ are in reality a production line of ‘genuine’ Likes, Followers, and Fans that are generated by rows of lowly paid workers, many of whom are housed in squalid conditions.

“For the workers, though, it is miserable work, sitting at screens in dingy rooms facing a blank wall, with windows covered by bars, and sometimes working through the night. For that, they could have to generate 1,000 likes or follow 1,000 people on Twitter to earn a single US dollar.” –  The Guardian

Companies such as Shareyt describe their activities as ‘crowd-sourcing’ to gain social media advantage.  They proudly promote the idea of using their platform to rise above the competition on such well-known platforms as Facebook, Twitter, Pinterest, Google+, StumbleUpon, and YouTube.

However, in a candid interview with The Guardian, the owner apparently admitted that 20 – 30% of these crowd-sourced engagements came from Bangladesh. The Paper estimated that it would take 25,000 people in Dhaka repetitively using their keyboards to achieve the required visibility for a client.

And it is not just pop stars and politicians who make use of such services.

The USA State Department recently spent US$630,000 to boost its Facebook fan following according to a government report.  Despite the political instability in Egypt and the polarized views of the USA in that country, the majority of these new fans came from Cairo!

Facebook itself is not above suspicion when it comes to the validity of its ‘Likes’.  There is currently a lawsuit filed alleging that Facebook advertisements erroneously ‘Like’ pages for people who have never actually visited the pages or sites in question.

“Facebook user Anthony Ditirro has filed a class-action lawsuit against Facebook in a San Jose court for displaying his endorsement of a publication he claims to have never visited or “Liked,” in the actionable sense of the word. Though according to the lawsuit, Ditirro has nothing against USA Today, it is also not something he has endorsed and so he takes umbrage with the falsely-generated “Like” on the advertisement.“

So while there is a lot to ‘like’ about Facebook, its own “Likes” related, advertisement endorsements have now become suspect.

It is important to stress that the use of external click-farm companies is not illegal, but the ethics of doing so leave a lot to be desired.  Using such tactics is an attempt at deception and in terms of customer acquisition could end up being hugely counterproductive.

“Personally, it scares me to even think of using offshore Like, Share, Follow “enhancements” of any kind. I’ve heard horror stories of offshore SEO companies creating havoc for some unsuspecting business owners that took 6 months to recover from in the hands of local SEOs. Buying clicks and Likes is no different, but what will the fallout be?“

What drives businesses to indulge in such activities is fear. Fear that a modest and genuine 200 Facebook ‘Likes’ will compare poorly to that of a principal competitor who has managed to garner 10,000. The fact that this same competitor may have purchased theirs from a click-farm operation in Indonesia or Cairo is of little comfort when there is such a large discrepancy in numbers.

Customers are influenced by the reviews and the preferences of others; social media is a dominant force in this regard.  Research has shown that 31% will check out reviews, ratings, likes, and followers before buying.

However these same prospects do not take kindly to be hoodwinked by false promotion and are increasingly socially conscious.

Witness the negative reaction to garment manufacturers who exploited the use of child labor in South Asia.  They are likely to react in a similar fashion to any company that uses click-farms and whose employees are similarly exploited.

So resisting the temptation of boosting social media in the fashion described above and making ethical choices can pay dividends.  The answer is to ensure that all staff subscribe to this approach and work ethic.

Since its inception, Web Synergies has been governed by a set of core values, defining the way we communicate and conduct our business. These values guide our decision-making and our interaction with our employees and clients.

How Blockchain Technology is Transforming the Financial Services Industry

What’s the difference between SaaS ERP and Cloud ERP?